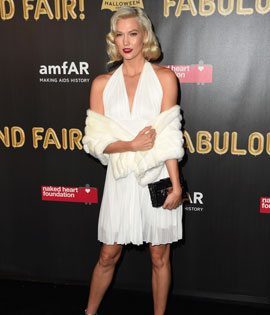 For us, the best thing about Halloween is 100% the costumes (or maybe all the sweets, but we won’t mention that!) We love to experiment with our own look and see what everyone is coming up with. We get way excited about celebrity costumes, after all they have the money and resources to really wow us, so we would hope they won’t disappoint. Here’s some of the best from the stars this year!

Rita Ora is slaying with this sultry Poison Ivy costume. If you don’t know who Poison Ivy is, she’s a badass supervillain from the DC comics franchise (the world of Batman and Harley Quinn.) This costume is a popular choice with celebs and has previously been seen on stars such as Kim K and Perrie Edwards. We think the costume really suits the gorgeous Rita’s powerful personality. 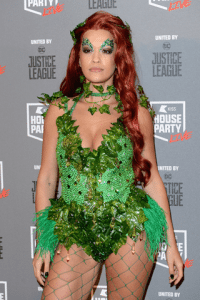 What girl hasn’t wanted to dress as Marilyn? She’s such an iconic and glamourous figure, we are surprised celebrities don’t go as her more often. We love Karlie’s take on the look, as while she’s very clearly Miss Monroe, it doesn’t look too ‘costumey’ and is in keeping with the supermodels air of high fashion. 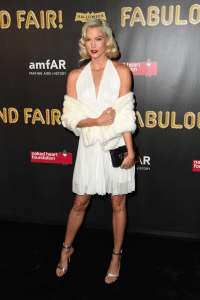 Who needs a boyfriend to do couple’s costumes with when you have your best mate? This year Jessica Alba and friend Kelly Sayer, dressed as the title character and her boyfriend Pauline from teen comedy-drama Juno. Like Juno, Jessica is actually pregnant, which makes this costume idea that little bit better. A great low budget costume, proving that even the stars don’t have to spend a fortune to do Halloween right. 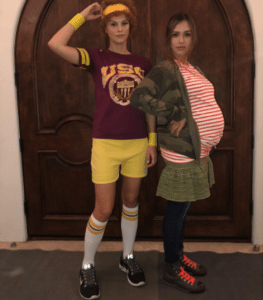 The Kardashian sisters took it back in time by dressing as Madonna and Michael Jackson at the 1991 Academy Awards. We love it when celebrities make a nod to pop culture with their style and this is no exception, we just can’t decide which sisters outfit we rate more. We wonder what Michael would make of this? 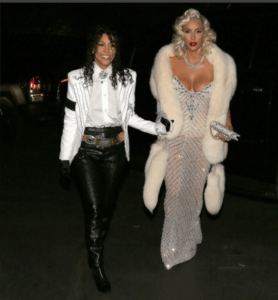 Ok we aren’t quite sure what this is meant to be. And neither is Sarah by the looks of it, in her Instagram post she asks, ‘Am I unicorn? Am I mermaid? Am I part showgirl?!? However, this colourful look is super cute, and it’s nice to see our favourite sophisticated celebs like to have fun with a little glitter too! 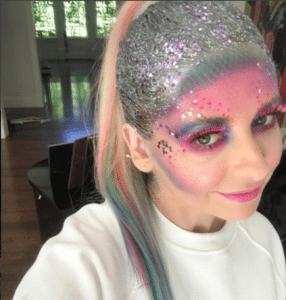 Why be a Disney princess when you can be a Disney villain? Going for an evil character doesn’t mean you have to skrimp on the glamour. In fact, we think Lauren’s Cruella De Vil costume is seriously glamourous, the red gloves and lips combo might just make it into our post Halloween party season wardrobe. 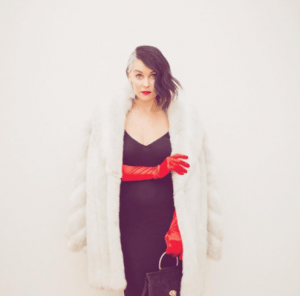 Dressing up as an idol is a great idea for Halloween, but make super to pick one with recognisable style as Ellie has done by going for Dolly Parton. This costume and Ellie’s pose really captures Dolly’s fun and vibrant personality. 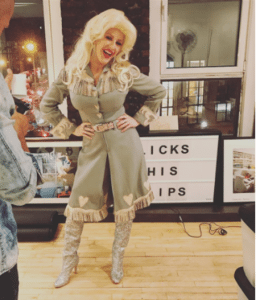 Zoe Kravitz and her boyfriend Karl Glusman are seriously cool people, so we aren’t surprised they went for a seriously cool couple’s costume. If you don’t recognise the look, the duo are Marta Singer and Tyler Durden from cult classic Fight Club. 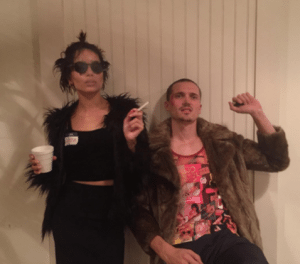 Australian model Duckie Thot looks breath-taking in this Cleopatra costume. We love her statuesque pose. And that gold eye makeup is everything! 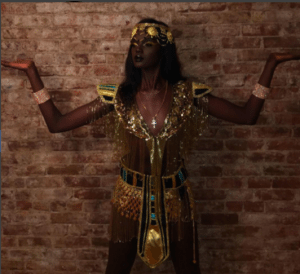 Halloween 2017 might be over boo, but these awesome celebrity Halloween costumes will live on! Which celebrity/celebrities wowed you this year? If you liked this post be sure to check out our blog on Halloween Makeup Ideas from Instagram.

Now it’s time to get FESTIVE! 😂