Who’s watching the latest season of RuPaul’s Drag Race? We are so excited it’s back! Drag Race is our absolute fave for many reasons, but mainly because we get to see so much incredible style.  The show is heaps of fun, but it can’t be denied that it also gives a serious contribution to the high fashion world and inspires many a Catwalk trend. It’s no surprise that many of the contestants have crossed over into the fashion industry after their time on the show. Here’s a countdown of our top 9 most high fashion Drag Race contestants. Let us know if you agree!

Bob’s season 8 victory is often put down to her comedy talent (and rightly so, she’s an amazing comedian!) That can mean her style is overlooked, but she can hold her own in the fashion stakes too! 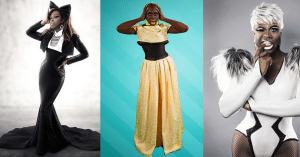 Since finishing season 3 of the show, Carmen (who is a transgender woman) has had a successful modeling career. Carmen is a classic beauty. We love her glamours, feminine style. 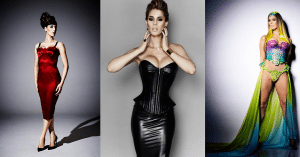 Nina is known for her artsy, theatrical drag. As well as her amazing outfits, we also rate how Nina experiments with quirky hair and makeup. 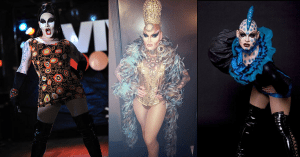 Manila’s style is fun and fresh. She is known for fruit inspired looks and feminine silhouette. Her style reminds us a bit of Katy Perry! 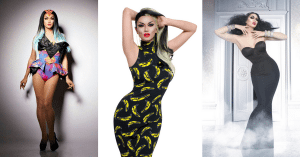 Jinkx, who won her season of the show, has a vintage flair to her style. She has too many amazing looks to count, but we have to say – we absolutely adore that floral ballgown! 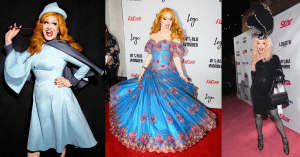 Another theatrical queen, season 9 winner Sasha (who unsurprisingly also works as an artist) belongs in the world of high fashion. She is known for rocking a bald head and a cute take on a monobrow. 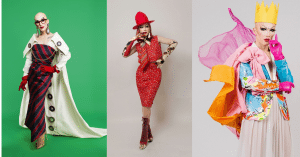 Violet, who won season 10, is known for her gorgeous burlesque inspired looks. Since leaving the show she has had a successful modeling career. Her achievements include starring in a major Bettie Page Lingerie campaign and walking for Moschino at Milan Fashion Week. 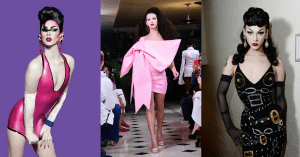 Kim Chi is one of the most loved drag race contestants. That is partly because she brought outfits and makeup that were like nothing seen before on the show. She describes her drag as ‘a live action anime character whose fashion aesthetic could be described as ‘bionic doily.’ Her faultless look and originality make her a high fashion queen. 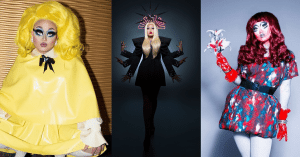 Raja, who won season 3, was hailed as a high fashion contestant throughout her time on the show. She is no stranger to the fashion world, having worked on 9 seasons of America’s Next Top Model as a makeup artist. Raja shows a great range of style and is able to do both theatrical and wearable fashion looks. This makes her our number one high fashion Drag race star! 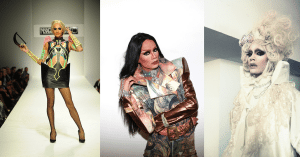 If you fancy taking inspiration from the Drag race stars, check out our range of wigs, hairpieces, and extensions! We have everything from brightly coloured party wigs to luscious natural looking locks. Whatever kind of look you want to try – there’s something for you!